I like that Spotify is doing this yearly/decade wrap up because its full of knowledge I didn’t know I wanted.

The Arctic Monkeys are the artist for the year for me. Makes sense because of how much I love their discography. Humbug remains my favorite, edging out Favourite Worst Nightmare. And even though their most recent album, Tranquility Base Hotel and Casino, wasn’t what I expected and a lot of fans weren’t fans of it, I still appreciated some of their songs. The Ultracheese is a ballad full of nostalgia, that could played at a graduation, a wedding, or even a funeral.

Star Treatment seems to be the audio embodiment of an artist falling from grace.

Kid Cudi was the artist of the decade for me which makes the most sense too. His last solo album Passion, Pain and Demon Slayin’ is in constant rotation. Fans will fawn over Baptized in Fire but the real gems to me are Rose Golden ft Willow Smith and the Guide featuring Andre 3000. I saw him live when he was touring after the album dropped and I FELT so much. Supposedly, he has new music on the way but I’m in no rush. Take your time perfecting the masterpiece, Cudder.

I can go on and on about this entire list but these are all amazing artists and songs (even though I’m surprised Drake is a top artist and pop rap is my top genre) but I do want to take time out to speak on Jaden Smith. I wasn’t a fan of his music until I gave him a thorough listen because he was opening for Tyler, the Creator on his Igor tour that I got tickets for.

I was pleasantly surprised by Jaden’s sound, features and visuals. I heard a lot of influences in his music but the storytelling of P I N K, the Kid Cudi and Willow features, and even the punk rock tracks set it off for me. His E R Y S album is one of my favorite albums this year because it felt whole to me. The visuals were a continuation from his previous album S Y R E, with neon pink skies and that detail was even noted in his social media page. The videos had the same color schemes, tracks flowed into each other, and all the culminated into his live performace. I’m definitely a fan. 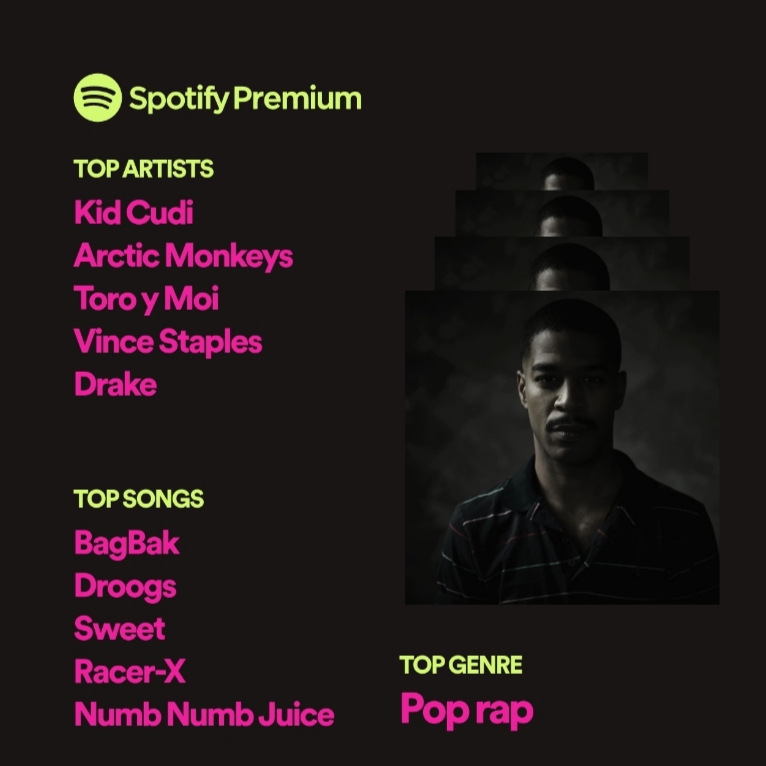 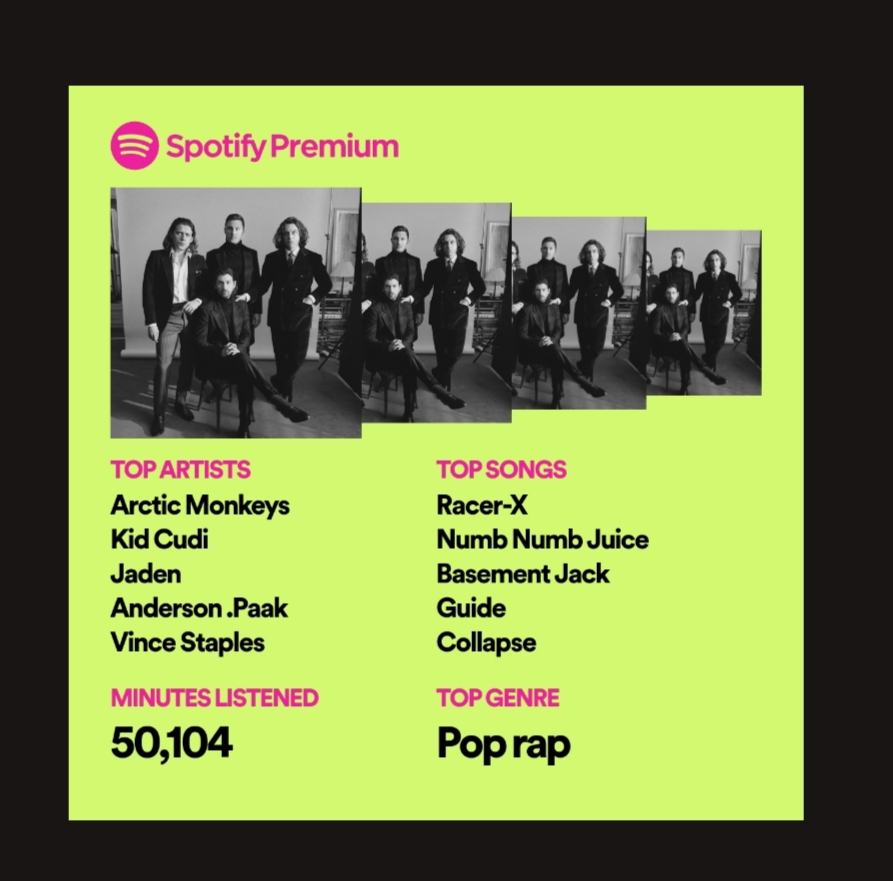